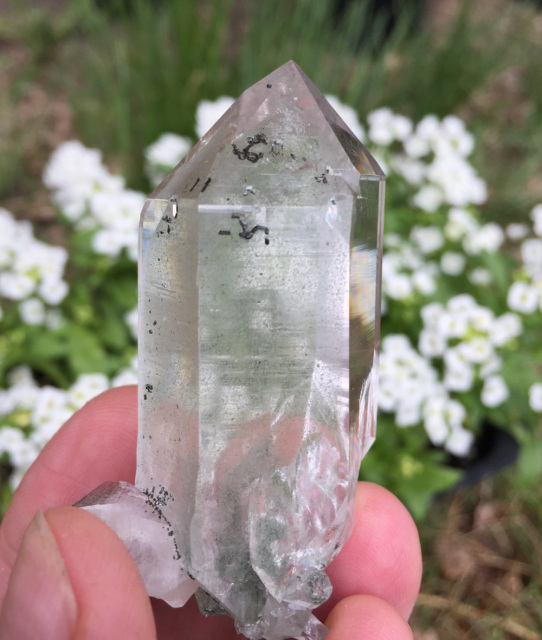 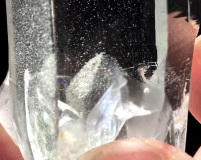 This Himalayan Crystal has a magical interior, with one well-defined Chlorite Phantom at the base and a another long phantom that comes to completion near the crystal termination. The chlorite that makes up the phantoms is soft green color but there is another series of Chlorite inclusions that is particularly interesting.

There are several Vermicular Chlorite inclusions named for their "worm-like" (verm: german pronunciation of 'wurm') appearance. The amazing thing about this vermicular chlorite is that it actually reaches the outersurface of the crystal in multiple places.

There is a minute ding at the termination and this has been taken into consideration in the pricing of this unique and memorable Himalayan Quartz Crystal.

Scroll Down for Video!